So my husband, my cat and I packed our lives into a 17ft Uhaul truck and moved from Calgary to Montreal. 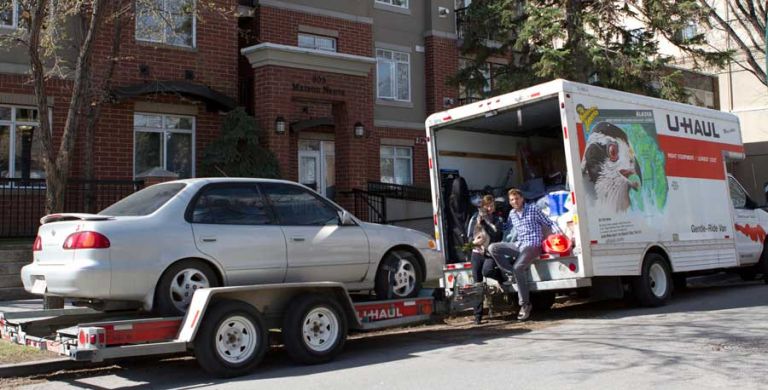 One thing I can tell you right away is that we did not plan any of this! The decision to move cross country was made about a month before we nervously closed the back doors of the truck, fastened our seat belts, gave our cat herbal calming juice and hit the gas.In the month prior, all we did was run around like chickens without heads in disbelief of what was happening.

As it would start getting dark, we would know its time to look for a hotel. I would use the Yelp app in my phone to find hotels nearby and  call them up to see if there were any rooms available for us. We managed to sneak our cat Tima and his toilet in the rooms without problems. While travelling it is important to check for veterinary doctors nearby and it’s easy as there is a platform for veterinarians to schedule appointments 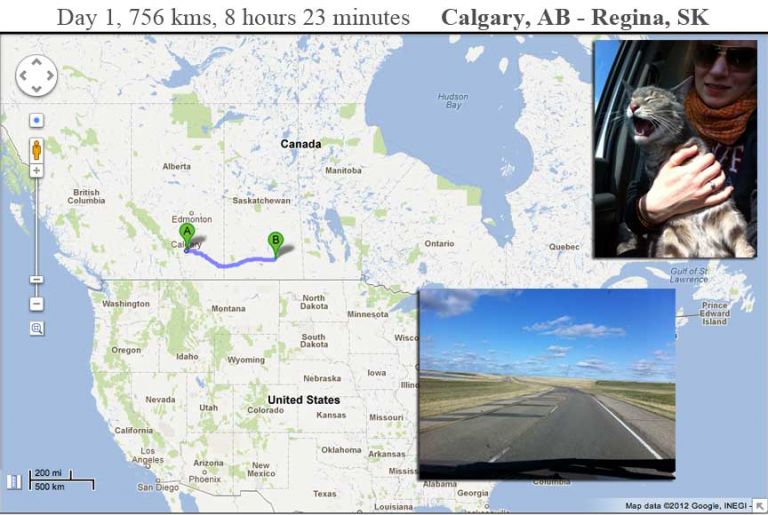 We stayed in Super 8 in Regina, Saskatchewan .

That hotel was ok.  We arrived late, slept, woke up early and left. The shower was good, they even served breakfast – but since I am gluten free, I only got to watch my husband eat 3 little muffins. 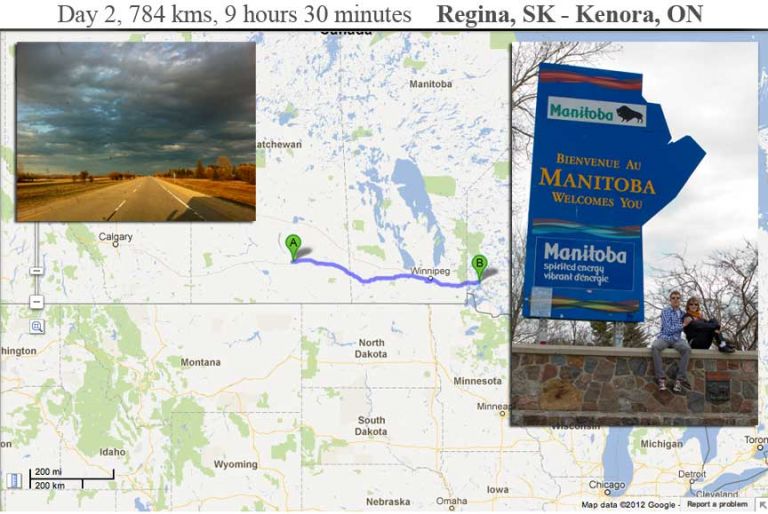 The second night, we stayed in beautiful Kenora, Ontario – again at Super 8. http://www.super8kenora.com/

The location was amazing, surrounded by lakes. The hotel was OK, but after staying there, I decided for the next nights to try something else. Even though we kept asking for non smoking rooms, we would still wake up to smoke. For some reason, non smoking rooms were on the second floor and smoking on first floor…did they not learn anything in school? 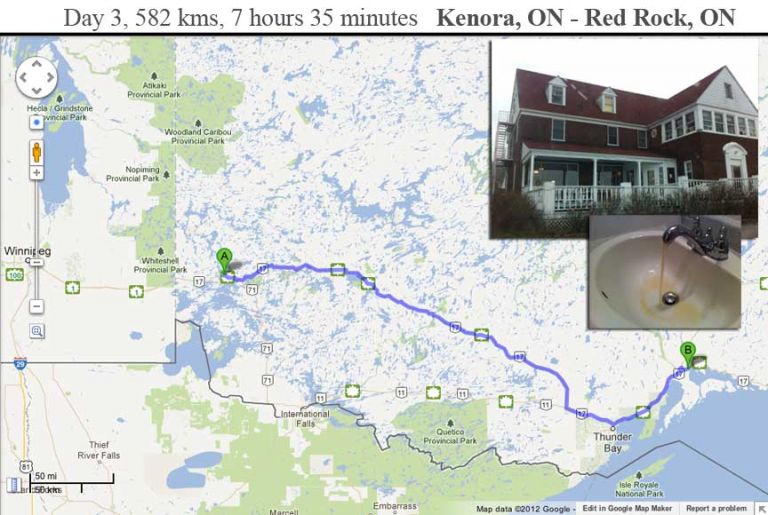 Our third night was the weirdest night of all.  By the time it was getting late, we realized that we were neither here nor there.  We were pretty much in the middle of nothing, and the internet was hard to come by, oh you Telus! (Telus was out for about 30% of our trip – some of Manitoba and most of Ontario).

One hour east of Thunder Bay, on the shore of Nipigon Bay, the beautiful deserted Red Rock Inn invited us in. We were the first and only customers in the huge old building.   As we walked in, I got a chill down my spine and remembered all of the Stephen King novels that I’ve read.

The water in the sink was yellow, the room was cold but the managers were friendly, I could not help but wonder if we were safe till the morning. I walked around the empty house squecking the old wooden floor and showing my mom the corridors via Skype. She wrote down the address of the hotel…just in case she didn’t hear from us in the morning.

But everything turned out just fine, though we did not take the shower in that hotel. 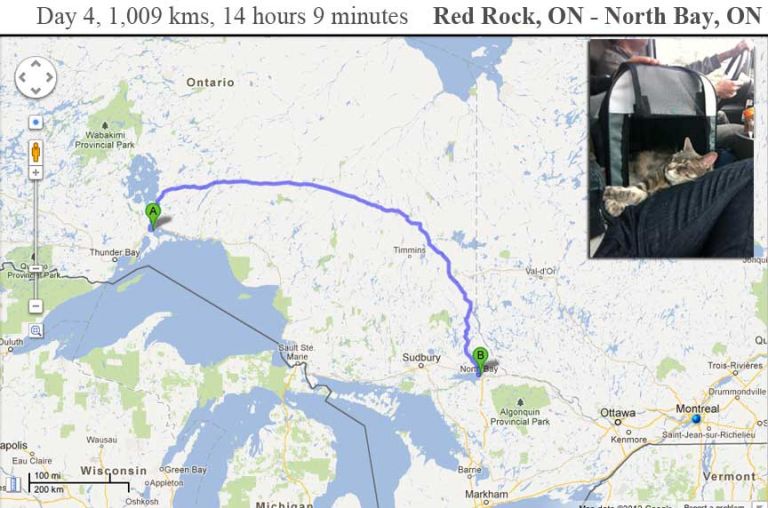 Our last night we stayed at Travelodge Airport North Bay, which is in North Bay,  Ontario. Clean, simple, quiet..exactly what we needed. 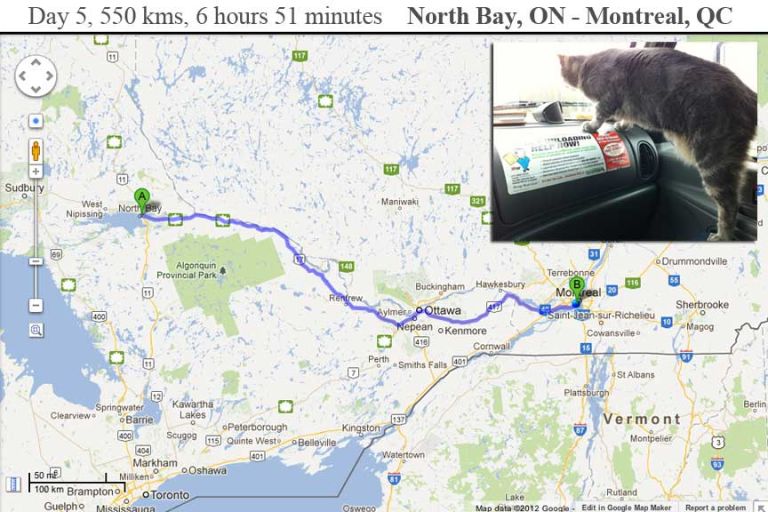 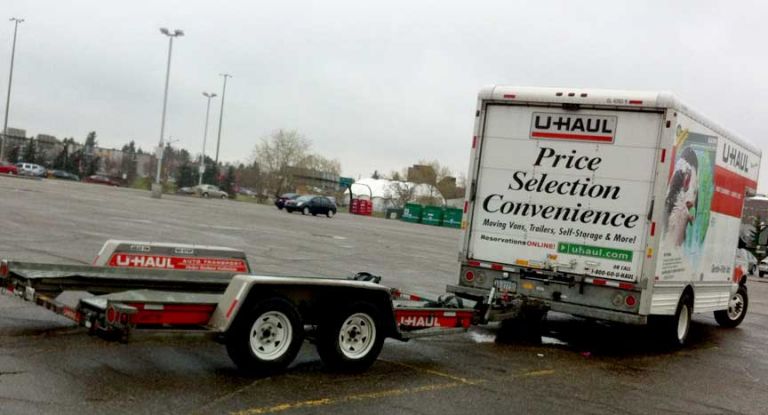 We rented our Uhaul truck from a BoxesEtcetera, a friendly neighbourhood Uhaul location.

The service was good, but being as sceptical as we are, we requested to have our truck ready 3 days before we actually needed it. So here we are, downtown Calgary, with 17Ft Uhaul truck and no space to park it… We had to get creative!

The total rental charge for a 9 day rental was $2, 873.  This included the truck, trailer for our car, insurance and tax. Sounds like a lot, but wait till you hear about the prices for gas!

Even at this cost, based on our research this way is cheaper than flying all those things or sending them by container. And we got to do cross country trip, which apparently should make one a Canadian. (immigration office does not agree with that statement)

During the 4 day drive, we made 13 stops for fuel. Based on a rough calculation in our heads, this is certainly more fuel stops than we have made in the last year!  Before even adding up the all of the reciepts, I knew I was going to be scared by the amount of money we had to spend on fuel.

Here are the numbers:

Yes, to all of those who were wondering, fuel was the cheapest in Alberta and the price not-so-gradually increased as we headed east.  Thank you Strathmore, AB for the $1.17/litre fuel.  As for you, Upsala, ON – I don’t plan on visiting you again anytime soon.

On their website, U-Haul estimates the fuel consumption of their 17′ van to be 10 mpg.  Considering that we were hauling a car behind our van, I have to assume that their estimated fuel consumption is pretty accurate.

In 4 short days, we managed to stop for fuel more times than we typically do in an entire year, and (based on our other rough calculation), we consumed more litres of fuel than we typically would in 2 years.
(obviously we don’t drive much)

Here is the Total of our trip: