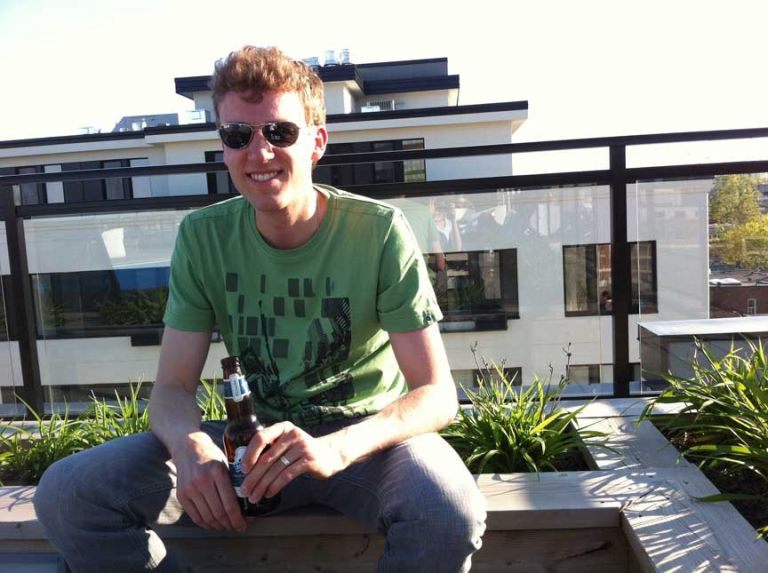 I’d be interested in getting the stats from U-Haul on the number of trucks that are rented for one way trips from Calgary, AB to Montreal, QC. Not including students moving to study at one of Montreal’s universities (and without the luxury of any statistics from U-haul), I will make the assumption that my recent decision to relocate from Alberta to Quebec with my wife isn’t all that common. So then, why did we decide to do it?

Instead of answering that question right now, I will provide you with some of my observations based on my first week in Montreal. Here are my initial thoughts as I sit on the rooftop terrace of our apartment.

As a result of not speaking French, my wife and I encounter language challenges everywhere we go, but nothing that can stop us from getting things done. I have quickly learned that the key is – don’t be shy. Almost everyone in Montreal is bilingual, so just speak up. Say “hello” or if you don’t understand someone, just let them know that you’d prefer to speak in English. We have not yet faced any instances where we were treated rudely for not being able to speak French. Other than a few awkward phone calls and elevator rides, I have been quite surprised by our ability to get by with speaking only english. With that said, I must say that it might be difficult to develop a sense of home in Montreal without being able to communicate in French.

Life in a big city means parking challenges. We park our car on the street. The parking signs are all in French and are pretty straight forward if you can read the days of the week. Which is why we’re still confused for receiving a ticket for parking on Jeudi when the street sign clearly indicated that parking is allowed everyday but Vendredi. Hopefully we’ll figure this out soon because just two parking tickets a month will be more expensive than securing an underground stall. As for now, my theory is that this is just how things operate in Quebec.

My very first impression of Montreal was driving into the city early on a Thursday afternoon and finding ourselves in gridlock traffic. After commuting to work for the first week, I see that this first impression was not by chance. I really wish that I owned the company that rents pylons to this city because there seems to be construction every where. And based on the appearance of the infrastructure, there is a lot more work to be done. What is that chicken wire that appears to be holding most of the city’s many overpasses together?? Oh, and by the way, the construction signs that inform you of upcoming lane closures and delays are all in French. I guess that’s a good thing – it gives me some hope on the commute home from work.

Regarding driving in general, there seem to be a few rules of the road that are unique to the island of Montreal. First of all, no right hand turns allowed on a red! You can probably plead ignorance on this one by having out of province plates, but by the looks of things I’ll need to save my pleading for the parking tickets. Also, bikes and pedestrians get the right of way at many city intersections in the form of an advanced green arrow (which I found quite annoying as a driver, but really appreciated when biking down Boulevard de Maisonneuve). Flashing green lights indicate an advanced green for drivers making turns and proceeding through the intersections and in some cases really quickly flashing green lights mean “go go go!!! it’s gonna turn yellow soon”. This is at least the way I’ve been interpreting all of these lights – but I could be very wrong. I do seem to always find myself getting honked at by the cab drivers…

“Where are we??” I’ve had to ask my wife this question quite a few times this week. I think that these first observations reflect my initial defence mechanism for survival. Living in Montreal is so different from what I’m used to, but I can’t wait to see more!