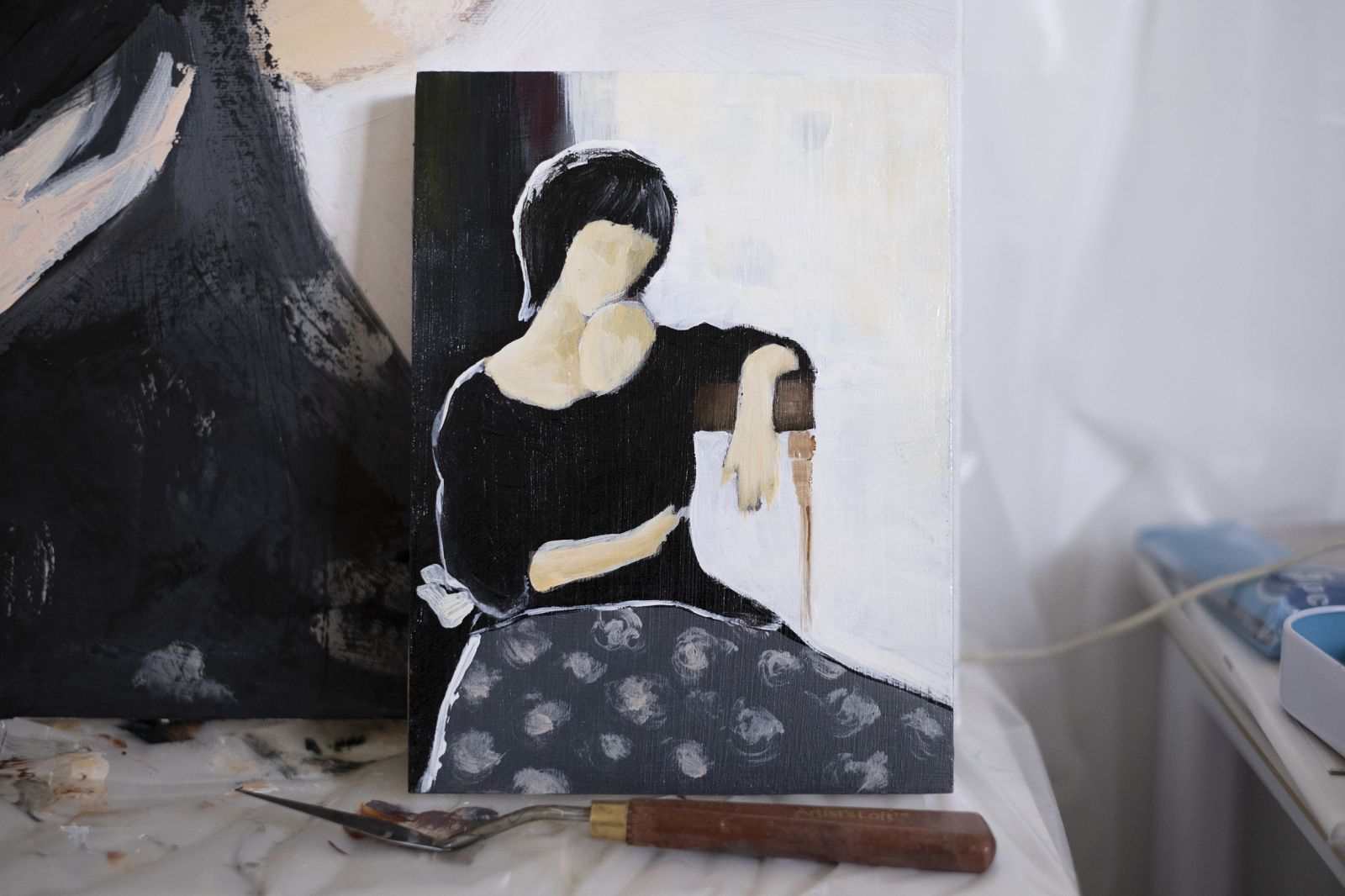 My art journey started in Moscow during anatomy class drawing sessions in 7th grade. I fell in love.

Throughout the years since then, immigration to the USA, Philadelphia, New York, Montreal, art was my escape and my center. By day, I was a graphic designer, working in New York's Fashion industry. By night, I was an artist, keeping my paints and brushes in the kitchen of my studio apartment. But only after moving to Montreal, city known for its rich arts culture, I quit my daytime career and devoted my all to art.

I was lucky in Montreal, even though I exhibited before in Philadelphia and New York, in Montreal

I truly became an artist. It was not some kind of overnight project, it was a full time way of life and I loved it.

Having grown up Jewish in the Soviet Union, immigrated to the United States at 17 y.o. and moved around North America multiple times, the themes of belonging, identity and cultural roots are especially important to me.

After having finally reached my dream of becoming an artist and having my own exhibit, I became a mother. The new cycle began, the discovery of my new identity, my new art, my new life, and another move, now to Western Canada, I am currently teaching and painting in the Okanagan.

Drop ME a line.